I fell into writing really by accident but I will attempt in this blog to bring about some of the key points in my journey that started some 16 months ago.

The first part of my journey was putting together a concept for my story. Passionate about supporting children in becoming resilient I wanted to proactively support those with same sex parents. Having suffered at the hands of merciless bullies as a child myself, my aim was to arm children with a broader and more accepting attitude towards the diversity that is modern families of today. The concept I wanted to use was that of animals  taking the role of same-sex parents. I considered a range of different animals including elephants, tigers and dolphins. To avoid the uncomfortable notion of talking about sex with children, I needed way of “producing” the children that didn’t involve tackling the actual act of intercourse. It was then that I had the brainwave of using African snails. As snails lay eggs it made it simple to explain how the babies were born and as the two mummy snails could both bury their snails together in the same egg chamber, would also bypass the need to say which snail was mum to which baby. It also happened that as a school we had started introducing pets to the classrooms and one of the pets was Turbo, an African snail that the children had grown very fond of. Children relate better to animals they feel they are able to take care of.

I penned the initial draft of the story, editing it so it was polished enough to deliver to a group of children in an assembly in school. One of my talented teachers created the first images to accompany the story. 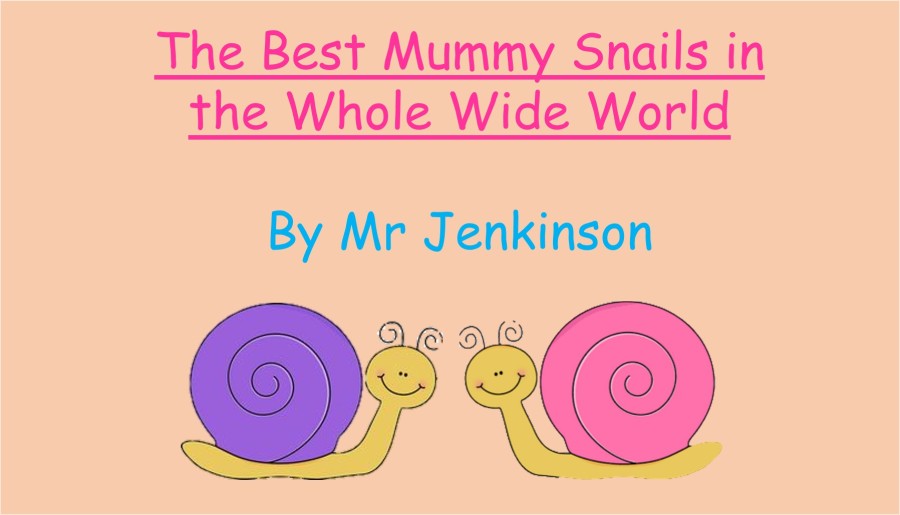 In my next blog, I will share my journey to work with local illustrator, Benjamin Blacknall.

Troy is currently a serving headteacher in Leicestershire. Take a look at what’s going on at Highgate Primary.